Returning at the height of World War II, this vampire lord picked up his operation right where he'd left off, carving out territory across intelligence groups and criminal organizations alike.


Agents who hunted Dracula throughout the 20th Century added their own notes to Stroker's "dossier", but no one has been able to close the coffin on his case. Even Edom, once a force to be feared, struggles to keep the Count's actions in check - assuming it hasn't been compromised entirely.

Now it's Bram Stroker's unedited Dracula Dossier is in your control, filled with clues about Dracula and Edom's operations. With your fellow freelance agents, you might finally succeed where Van Helsing failed. But the deeper you go, the more Edom becomes aware of your investigation, as does Dracula himself. When the campaign begins, the players are given Dracula Unredacted - a "first-draft" edition of Dracula filled with margin notes from other investigators.

This page book might be the most impressive player handout ever devised, combining the original Dracula novel, settings and characters from Stoker's actual draft, and original content by Kenneth Hite and Gareth Ryder-Hanrahan. Even if you never play the actual campaign, you'll find a fantastic story here - technically four, if you count the margin notes detailing events across the 20th Century.

Outside of being a handout players will beg to borrow between sessions, this novel turns Dracula Dossier into a sandbox campaign.

Each annotation isn't for show - it has corresponding references in the Director's Handbook to aid the investigation. You'll find notes about still-living CIA agents and Russian informants. There will be hints leading to Dracula's safe houses and Edom's secret bases.

You'll uncover the secret histories of characters like Mina Harker, Van Helsing, or Renfield, any of whom might still be alive. Finally, you'll piece together the co-ordinates to Dracula's castle for a climatic showdown - assuming you properly researched how to kill the Count for good. As you might have guessed, Dracula Dossier has far more content than a single campaign could cover.

And that's the point. Dracula's Dossier is improvisational, offering dozens of potential storylines that will even throw returning players for a loop. An NPC might be a vampire minion one campaign, or an Edom asset the next. An ancient mental asylum could be an abandoned ruin, or a prison where vampires are experimented upon. Even Dracula's powers can vary wildly, from the traditional damned vampire to a Lovecraftian monster.

As long as you're moving closer to a final confrontation with Dracula himself, all is proceeding according to plan. This freedom is Dracula Dossier 's greatest strength and most damning weakness.


Few campaigns truly allow any encounter to unlock a significant clue, a red herring, or a surprise reveal leading to new adventures like this one. But make no mistake - even with the Director's Handbook 's extensive resources, your GM has a gargantuan task before them. Dracula Dossier isn't a fixed campaign, but the framework for assembling one. So until you know which clues your group intends to follow, the amount of preparation you can do is limited at best.

Let's say your group is interested in an annotation about a retired KGB agent. Unless your GM knows the Director's Handbook phenomenally well, they'll have to re-read the entire KGB agent entry, refresh themselves on Dracula Dossier 's Cold War timeline, choose ties with Dracula or Edom, and then add some interesting character quirks. As a first-time Dracula Dossier Director, this meant the game screeched to a halt while I took three to five minutes looking up relevant information from the Director's Handbook. And sometimes, all your players might learn from an interrogation is the name of another NPC, so after a half-hour you're starting the process all over again.

Don't get me wrong, the Director's Handbook is a fantastic resource, filled with more than enough content to flesh out your campaigns. But Pelgrane Press has done such a remarkable job of making Dracula Dossier 's campaign flexible, that your story barely has a core structure to build from. Some NPCs and location nodes have connecting threads to work with, but not all of them.

At some point, you'll have to decide how one NPC knows another, or what special equipment is at a dead drop, without even a random table roll to assist you. This year, we pledged to look beyond this period and consciously explore some of the innovations that have influenced RPGs during our deep-freeze.

We adapted to the mechanic well and enjoyed how it was possible to influence the dice-roll result by investing character resources at key moments.

I found my internal monologue developing the tone of Hite as I was reading through the rules, which helped, it certainly increased my reading speed. Once you hit the floor and dodge the ideas zipping from the page, you realise that you are completely immersed into the world and filled with inspiration to get going, create characters and set about destroying the vampire conspyramid. More than Numenera, Nights Black Agents is developed on the back of innovations in indy gaming in the early part of the last decade. One where your agents are burned out by the job? 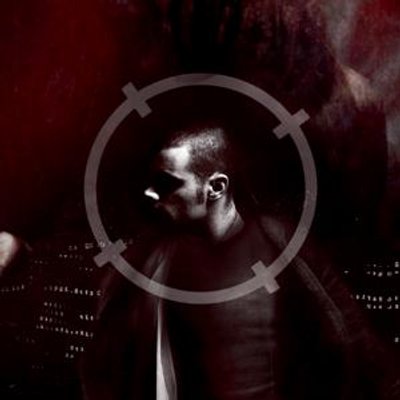 The players and directors and settle on the style of game they want to play and start to build up the skills and background colour that creates a character dossier. As the player characters are built, they assign points to Investigative abilities such as Forensic pathology, photography, Streetwise or Bull Shit Detector.

These skills are spent during the game to get extra information above and beyond the core clues.

In NBA the Gumshoe mechanics are souped up to provide general abilities that match the thriller element of the game. These include Athletics, Shooting, Driving or infiltration, the character is built by assigning points to these abilities which can then be spent in the game to influence the result of a contest. The Director sets a number to resolve challenges and the players roll a 1D6 to see if they do it or not. They also have the option to spend to increase the chance of success, or even ensure success, so they have the opportunity to spend their skill points.

Want to do a handbrake turn in the centre of the freeway to escape pursuit? My favourite element is the ability for the players to spend points building a Network; when they come into a city, they can describe contacts that are located in the area that they know — a local Hells Angel, a former girl-friend, an associate — they can assign points to them and use them as a resource to provide assistance in the mission.